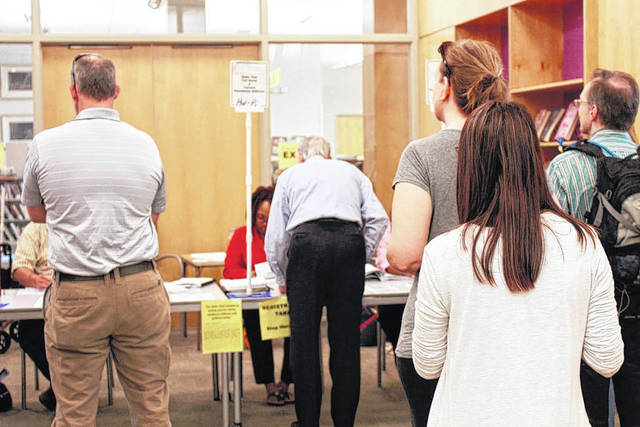 A voting software company the N.C. State Board of Elections certified earlier this year wants approval for a last-minute technology update. But some board members are asking whether the company, Election Systems and Security, should have been certified in the first place.

In September, ES&S asked the BOE to approve changes to equipment already certified by the state. The timing of the request would require the BOE to circumvent its normal, thorough certification process. Problem was, the company told the board it didn’t have enough of the originally certified equipment to meet the state’s needs, forcing a vote.

On Dec. 13, the board, in a 3-2 vote, approved the upgrade, with Democratic Chairman Damon Circosta and Republicans Kenneth Raymond and David Black voting in favor of the update. Democrats Stella Anderson and Jeff Carmon opposed the move.

State Board Secretary Stella Anderson, along with several election security advocates across the state, had raised concerns about ES&S during earlier discussions about certification.

“The vendor will have done exactly what it wanted to do: put our backs up against the wall,” Anderson said during the meeting.

In August, board members voted 3-2 to approve ES&S as an option for counties to use in 2020. They also approved two other voting systems, Hart InterCivic and Clear Ballot.

The ES&S ExpressVote system prints a paper ballot including a barcode, similar to a grocery receipt. Several residents in August spoke out against the ExpressVote system, saying the barcode makes the technology less secure than other options. Although voters can see their selections listed on the printed ballot, they can’t interpret the barcode encryption read by the scanner.

ES&S defends its technology, citing a post-election audit in Warren County, New Jersey, where all ballots in the sample matched the original recorded votes with “100% accuracy.”

But counties rarely perform such audits, said Duncan Buell, professor of computer science and engineering at the University of South Carolina. Besides, most voting systems are easy to hack.

“Every time anybody with any serious credentials in computer security looks at these voting computers, they’ve shown them to be corruptible,” Buell said.

“While the use of bar codes within the ExpressVote is an extremely safe, secure and effective technology, ES&S is exploring the possibilities of Optical Character Recognition technology as an option for customers in the future,” spokeswoman Katina Granger said in an email.

The Mecklenburg County Board of Elections selected the ExpressVote as a matter of personal preference, said Director of Elections Michael Dickerson. The county has used a form of touchscreen voting equipment for the past 22 years, including ES&S Ivotronic, a direct record electronic voting system.

Ivotronic recorded everything on accountant’s tape, but the paper record wasn’t delivered to the voter and was used as a backup resource or for an audit.

The General Assembly voted in 2013 to decertify DREs, recently extending the deadline for replacing equipment to July 1, 2020.

Mecklenburg has since switched to the ExpressVote. Dickerson said the equipment worked “exceedingly well” in November, when it was first used in a live election.

The entire country uses software in some form as part of its voting process, said Guilford County Board of Elections Director Charlie Collicutt. Protecting the state’s elections is about more than cybersecurity. With the state switching to a paper-backed system, physical security is also a primary concern.

“It’s easy to talk about hacking,” Collicutt said. “But what people forget about sometimes is physical security — the storage, chain of custody, locks, cameras, etc.”

Touchscreens are better for voters with disabilities, Wake County Board of Elections member Gerry Cohen pointed out. The Wake County BOE bought a single touchscreen machine solely for that purpose, which produces a paper ballot that’s fed into a scanner.

In addition, touchscreens prevent voters from accidentally skipping a section or choosing more than one option on a section of the ballot, Dickerson said. Touchscreens also allow voters to enlarge the text as needed.

Nevertheless, Anderson remained critical of the company’s update during the Dec. 13 meeting.

“I suspect they had larger intentions in mind when they suggested these enhancements,” Anderson said. “It was an easier, faster path to getting approved.”

State BOE Chairman Damon Circosta said he was disappointed with ES&S for its “lack of candor” in notifying the board of the changes. He said he’s disappointed with those advocating against the company and “scaring voters” into thinking their votes may not be secure.

“Counties have been asking us for certainty on voting systems for over two years, through several iterations of this board, and we owe them that certainty,” he said.