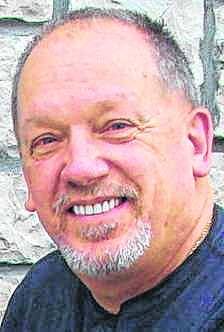 Our friends, let there be no mistake about this … we are now battling World War III.

Is it a nuclear war, as has been a concern for decades? No.

Are there massive numbers of troops being deployed around the world? No.

Are we being asked to send our sons, daughters, friends into the military at an alarming rate? No.

But this, right now, is still World War III. And unlike the first two, every single nation, every nook and cranny around the world — every one — is fighting this fight.

The difference is this: The enemy for the United States is the very same enemy for China, Russia, Japan, Canada, Mexico, England, France, Italy, Spain, Finland, Norway, Iceland, Africa, Cameroon, Madagascar, North Korea, South Korea and all the others. Even Switzerland can’t stay on the fence.

Just like many wars this country has fought through the years, everyone is being asked to make sacrifices, to watch out for each other and to trust those with the responsibility to lead us. All of that, we must do to win.

While there was an underlying knowledge during almost any war before that we as a nation must win, those individual wars pale when compared to this one. Winning is paramount. Winning is extremely necessary. Winning soon is more important than ever.

For perhaps the first time since this country’s Civil War, each of us — from our youngest to the oldest — are equally a soldier in this battle. Each has an important role to play.

Right now, the enemy is winning. And this enemy continues to advance. Not only here, but everywhere. There is no consideration for age, gender, race, creed, color or religion. It will take anyone.

So it remains up to us — all of us. Our family, our friends, our neighbors, our community, state, country and those worldwide. Each must join this battle and do the right thing.

If there is a secret weapon, it is that God remains on our side. As part of each individual’s arsenal is prayer. It’s a weapon that should be used every day.

Folks, we are in World War III. It may not look the same as others and it may not feel the same, but the results are the same. Lives are being lost, food and everyday materials are scarce, the economy is wilting and there is growing community fear.

Be a soldier in this battle. The world needs you. We are all in this together.