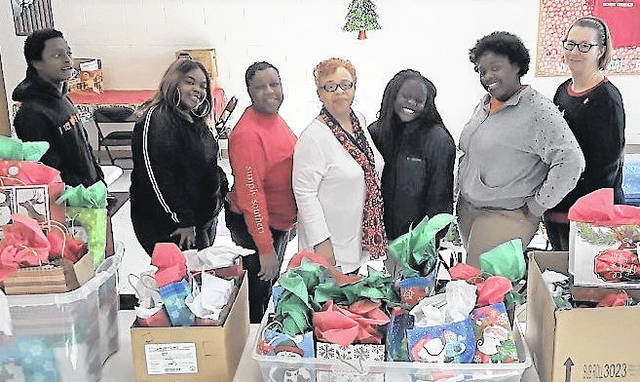 Jingle Bells rang all the way from Anson Academy to Anson Health and Rehabilitation Center on the afternoon of December 19, 2019. The faculty, staff, and students took part in their Second Annual Christmas Mission Project. The staff and students donated various items to be gifted for the residents that will assist in personal care, mental stimulation, and treats to have on hand in their rooms that are easily accessible. The students look forward to this project and getting to hear actual accounts of Anson County’s history from a personal perspective. The residents are also excited to share their stories with others. Dr. Fannie Ratliff, principal of Anson Academy, facilitated with the 100 percent participation from both students and staff.