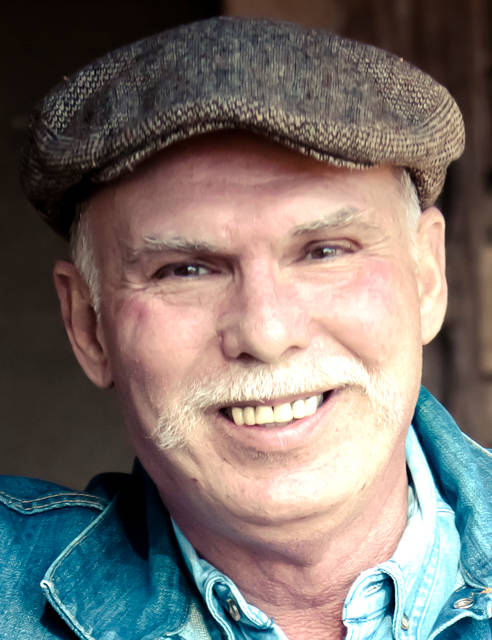 When my neighbor, Steve Allen, got home from his last day of school in nineteen fifty-six he was surprised at what was parked in his yard. Seems his Dad, Mr. Tom Allen, had bought himself a new pick-up truck.

The truck, a shiny black F-100 Ford, was purchased from McInnis Motor Company in downtown Rockingham. Mr. Tom was getting ready to retire from his sawmill business and decided to trade his older pick-up in on a brand spanking new one.

Steve hadn’t had his driver’s license long but Mr. Tom allowed him to take the new truck for a spin and spin he did. With his friend, Jerry Maynor riding shotgun, the new truck really got broke- in quick.

Mr. Tom had a pond and clubhouse down a woods road about a half-mile below his house. As time went on, Mr. Tom’s eye-sight began to fail him but it didn’t stop him from driving his pick-up down to his pond several times a day. No-sir-re seems side-swiping trees and running in holes with his truck didn’t bother Mr. Tom not one bit.

After Mr. Tom passed away, the dented-up truck just sat in the yard for several years. The tires rotted and the motor was shot.

In 1982 Steve’s mom handed the title to the old truck over to Steve and told him to do what he wanted with the truck.

Steve, being a mechanic, replaced the motor in the truck but never actually got it like he wanted it to run and look. So the title for the truck remained in a drawer while the truck was parked below the barn at the home place.

Well time went by and Steve’s mom passed away. Steve and his wife moved back to the home place and Steve built himself a shop bout where the old barn used to stand.

For years Steve thought about restoring the old fifty-six but like other things it took a back seat. Then about five years ago Steve allowed his son, Steve Jr., to take the old truck back to his home in Newton N.C. Steve Jr. had worked for Nascar for years and he and his brother Scotty planned to restore the old fifty-six in their spare time.

Sometimes life throws us a curve ball and Steve Jr. lost his son. We never really get over such a tragedy as losing a loved one, especially a child.

Steve Jr’s life had been turned upside down but after a year or so he knew he had to get on with his life. As the Apostle Peter turned back to fishing after Christ’s death, Steve Jr. returned to what he loved and that was restoring old Ford trucks (seems the Allen family have liked Fords for years). He built several for himself but finally he and his brother got started on their Dad’s truck.

Tackling the old truck was a major operation. They replaced the motor with a brand new rebuilt 460 high performance motor, added an automatic transmission, new wooden bed, new upholstery and seats, repaired the dents and painted the restored truck with a beautiful Corvette Yellow paint job.

So happened about two weeks ago the brothers invited their dad to come up and go to an antique car show. Steve had no idea what he was going to see but to his surprise the brothers pulled the cover off of their latest project, Steve’s fifty Six Ford pickup.

As they presented the keys to their Dad, a tear ran down Steve’s cheek. You talking about one proud Dad, Steve Allen was one happy camper. Why I bet one hundred thousand dollars wouldn’t buy that truck.

In closing, the fifty-six truck will be passed on down from father to son and hopefully kept as a family heirloom for many years to come.