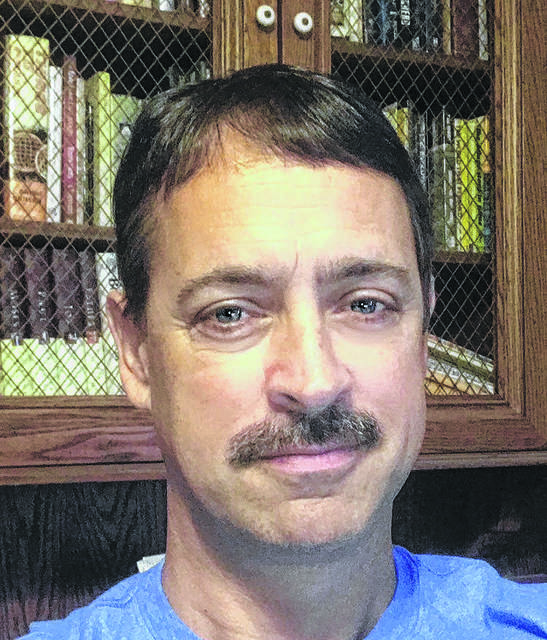 While the snooty meteorological literalist would likely eschew the phrase, the truth is that from our perspective the sun continues to come up day after day. The darkness never holds sway forever, it has its time and is then banished. And even when a dark cloud covers the daytime sky, you may rest assured that somewhere there are holes in the cloud cover where the bright light of day has muscled through, giving promise of cheerier days to come.

This column might be a bit random; it is simply me in my intractable optimism intentionally noticing a bunch of bright spots in the current societal darkness. And so, in no particular order, here they are.

Sunday morning, rather than have service in the sanctuary, we chose to both “assemble together” and “social distance” at the exact same time. We held church service in our vehicles in the church parking lot. We hauled the sound system outside, the special singers sang and I preached from the bed of my truck. I did not know how it would go; this was an experiment born of viral necessity. But I was thrilled to see the parking lot fill up to near capacity both with members and visitors. And I could not help but smile at the “honking” that took the place of the normal “amens!”

Last night my family and I watched E.T. for the first time. I am only 38 years late to the party on that one. But it is hard to be grim when all the family is gathered around cheering as boys on bikes pedal across the face of the sky as their land locked pursuers are left far behind. Long after the coronavirus has become a ho-hum matter, I will still cherish those family memories.

I sent out a church-wide text a few days ago asking if anyone needed anything at all, and offering to go gather supplies for anyone who could not get out, or do any other needed tasks for those who were in a bind. I immediately got piles of responses back – each and every one offering to join in with helping others, not a single one asking for help for themselves.

The stock market has tanked over the last few weeks. Most everyone’s accounts are down around thirty percent. We have taken pains to train our children in financial matters as well as spiritual ones. So I was beyond thrilled when my daughter asked if she could go ahead and open up a retirement account since, in her words, “Buy low, sell high. This is the perfect time for me to start getting into the market.” I was also thrilled that, when she and my wife sat down with our financial advisor to do so, the advisor told us how pleased she was that very few of her clients had sold anything during this time. Most all of them have been level headed, calm, and are not panic selling.

Governor Cuomo of New York, in a press conference, praised President Trump’s leadership during this coronavirus crisis, saying that he was “fully engaged” and “very creative and energetic.” Likewise, President Trump praised governor Cuomo for “doing a great job on the coronavirus.” These two men are on radically, diametrically opposite ends of the political spectrum, and yet took an opportunity during a crisis to show some all too rare willingness to come together for the good of others. That was encouraging, and I would love to see more of it all the way around.

Restaurants have gone to all carry out. In response, everyone I know is tipping extra generously, understanding that a lot of waitresses need it now more than ever.

A lady we know just drove an hour to bring some packs of toilet paper to another lady who could not find any.

We just planted two fig trees and two plum trees, and the Lord is currently watering them for us with a slow, steady rain. They will likely produce fruit for many years after all of this is behind us.

Psalm 150:6 says, “Let every thing that hath breath praise the LORD. Praise ye the LORD.” These are my praises, my bright spots for the day. I would love to hear yours.