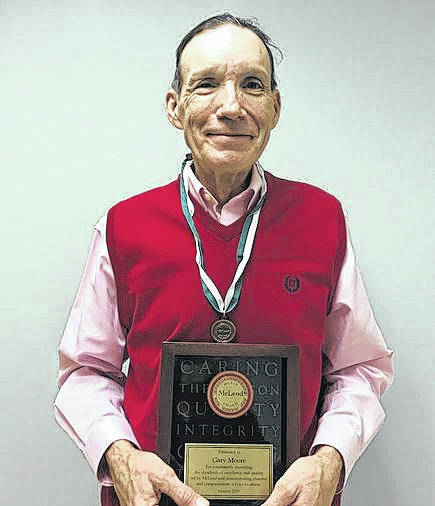 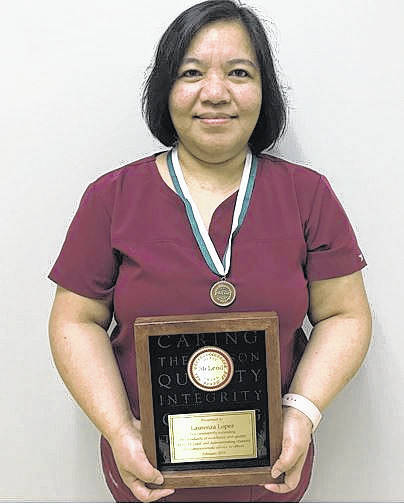 Gary Moore and Laurenza Lopez are winners of the January and February McLeod Merit Awards at McLeod Health Cheraw.

The recipients were each awarded a plaque and medal during a special recognition ceremony.

Moore is an environmental services technician I and Lopez is a registered nurse.

The McLeod Merit Award recognizes McLeod Health employees, volunteers and physicians who consistently exemplify service excellence standards and who also demonstrate and promote the McLeod Health mission, vision and values. Recipients are nominated by their coworkers and chosen by members of the McLeod Health Cheraw Service Excellence Committee.