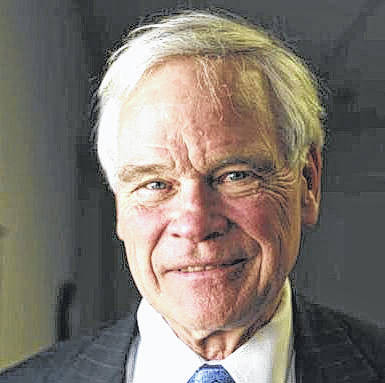 As William Galston pointed out in the November 12 issue of the Wall Street Journal, it might depend on what time period we are talking about.

Both Virginia and West Virginia have transformed themselves politically in recent years, but have gone in opposite directions.

In both states, a complete turnaround.

Galston writes, “It is a tale of two Virginias—and a microcosm of America’s shifting political landscape.”

Earlier this month, Virginia solidified its move from a Republican red state into one that is solid blue. Democrats won control of both houses of the Virginia legislature, joining a Democratic governor, lieutenant governor, attorney general and two U.S. senators.

Will this division hold in the 2020 elections?

Galston says that two overlapping trends, immigration and suburbanization, drove the Virginia transformation. “Many middle-class immigrants have settled in the suburbs, fueling Democratic gains, especially in Northern Virginia and the Richmond area.”

However, they are not automatic Democratic voters. They are moderates and still “would have been open to the kind of candidates Republicans once fielded.”

Meanwhile, in West Virginia the Republicans’ appeal to working-class white voters bodes well for Trump in the 2020 contest. But, writes Galston, there is a price to pay in Virginia. “Republicans are learning that the populist takeover of their party, which began with the tea-party revolt and culminated in Mr. Trump’s nomination, is a double-edged sword. As the GOP’s appeal to working-class white voters intensifies, middle-class voters—native-born as well as immigrant—are backing away.”

Again, what does this mean for North Carolina? Are we like Virginia or West Virginia?

Arguably, our rural and small town areas compare to West Virginia, where Trump will be strong. Our large cities and their suburbs are more like Virginia where Trump’s opponent will have an advantage. But that advantage does not automatically assure a Trump defeat in Virginia or North Carolina.

As Roger Cohen points out in the November 15 issue of The New York Times, Democrats cannot win in places like North Carolina and Virginia without the help of former Republican voters who have soured on Trump, and are not frightened away by a too-liberal Democratic nominee.

He cites the example of former Republican officeholder and 78-year-old retired corporate executive Chuck Hardwick, who voted for Trump and still admires some of his qualities. But Hardwick told Cohen,” If I was on a board that had hired Trump as C.E.O., I’d have to say to him: ‘You’ve got good traits but you can’t manage people. You’re fired.’”

In the Virginia and North Carolina suburbs, Democrats cannot win the presidential contest without help from voters like Hardwick.

A recent poll of Democrats, conducted by The New York Times and Siena College in North Carolina and five other states where Trump won in 2016, reported that a “majority of those surveyed said they wanted a Democratic nominee who is more moderate than most Democrats.”

Therefore, the most critical election for those in North Carolina and Virginia who want to oust President Trump will come in the spring primaries when the Democratic nominee is selected.