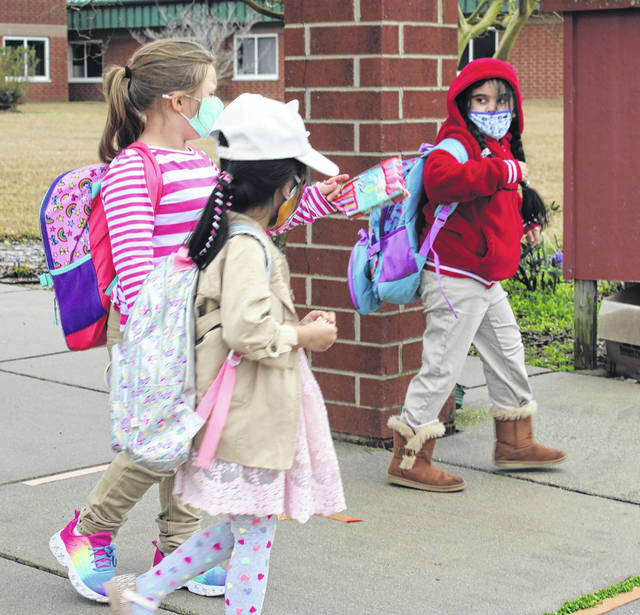 Students at Wadesboro Primary exchange goodbyes as the first day of in-person school ends on March 1. 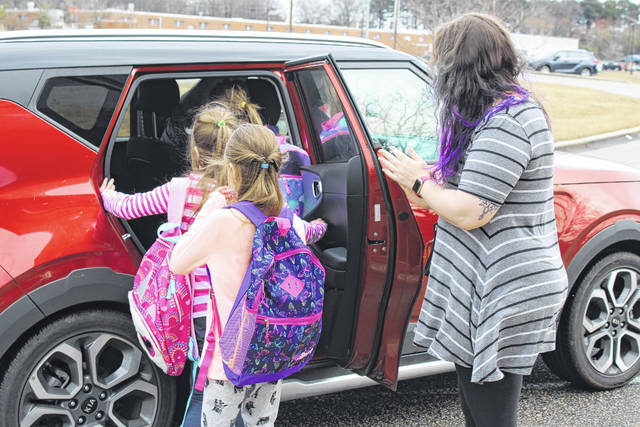 Teachers and staff at Wadesboro Primary load students into their family cars at the end of the school day on March 1. 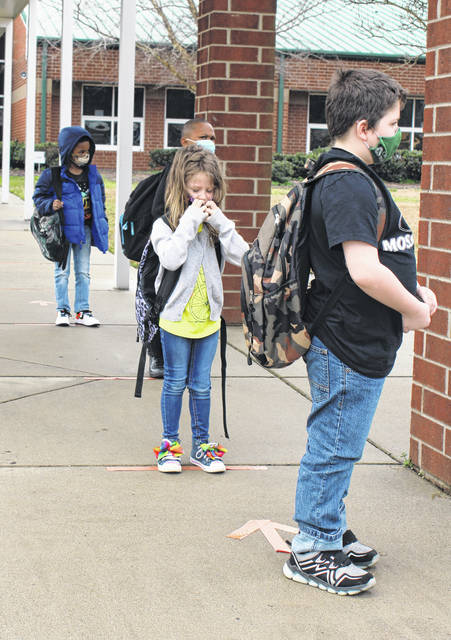 Students wait in specific socially distant spots until they are ready to be called to their pick-up car on March 1 at Wadesboro Primary.

WADESBORO — Students returned to the classrooms on March 1 after the school board approved a two cohort re-entry plan for all schools.

This will be the first time students in grades six through 13 are returning to in-person learning after being virtual since last March. In the Fall, a re-entry plan only included students K-5 following a three cohort layout, but the in-person classes didn’t last long as county COVID cases were rising.

With vaccines being distributed around the county and to teachers, the hope is to keep students in this format through the end of the year. The school board may modify the plan depending on the success of the re-entry plan or if there is another spike in cases.

For now, the schools welcome back students. Cohort B will return on March 8.

WADESBORO — When the pandemic struck in March, the school district quickly adapted to online learning with limited resources and guidance. But now, with the new school year underway, administrators are seeing a positive emerge from all of this uncertainty: greater involvement from parents, cultivating a better learning environment for students.